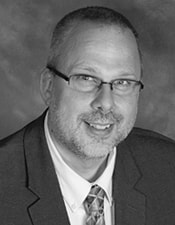 Lawrence A. (Larry) Wik is an ordained Elder in the United Methodist Church, serving as Senior Pastor at the Lake Orion United Methodist Church in Lake Orion, Michigan. He attended Candler School of Theology at Emory University in Atlanta, Georgia, where he earned his Master of Divinity degree. Before pursuing his seminary degree, Lawrence majored in Vocal Music Education at Wayne State University in Detroit, obtaining a Bachelor of Music degree. Garments of Grace is the second of Lawrence’s pieces performed by Vanguard Voices. The first piece, Haec Est Dies, appears on Vanguard Voices’ recording American Vanguard.
Garments of Grace - Vanguard Premieres Commission 2014
The text for Garments of Grace follows the story of Jesus’ life using the imagery of clothing. Many facets of Jesus’ identity as expressed in the Christian tradition are present. He is clothed, by text and music alike, in humanity, divinity, humility, and eternity. The primary melody is original to the composer, while the secondary melody employed in the fourth verse is inspired (as is some of the imagery in the text for that verse) by the Christmas carol Hark, the Herald Angels Sing. The entire piece ends with a three-fold expression of the Gloria, bringing it full circle to the Christmas theme with which it began. (Notes by the composer, 2014)
Composers
Compositions