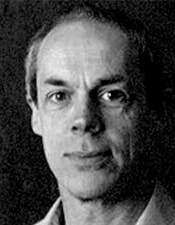 John Reeman was born in 1946 in the United Kingdom. After following a variety of occupations, including six years as a member of a professional cabaret vocal act, he entered Hull University as a mature student to study composition and the flute. He was awarded the annual music prize, an Honours degree, and later a Master’s degree in composition. Reeman’s music is regularly performed throughout the United Kingdom and in venues abroad including Australia, Denmark, Germany, Hungary, Japan, Sweden, and the United States.
The Peace of God - Vanguard Premieres Contest 2008 (Winner - General Category)
The Peace of God was composed during 2007 and 2008 and underwent quite a few revisions before arriving at the final version. The text is a blessing from the Book of Common Prayer. The subdued and slightly mysterious mood of the first section gradually changes to a more confident statement of the first line of the text before returning to the initial hushed atmosphere of the opening music. The second part is more affirmative and moves toward a jubilant climax. The final “amen” recalls the opening mood but in addition there is now an air of calm assurance. (Notes by the composer, 2008)
Composers
Compositions