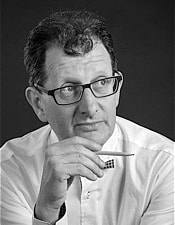 Born in Locarno, Switzerland in 1963, Ivo Antognini obtained his degree in piano in 1985 at Lucerne, studying with Nora Doallo. His diploma in piano was followed by studies at the Swiss Jazz School in Berne with pianist Joe Haider. Since 1987 he has been Professor of Ear-training and Piano in the professional training level of the Conservatorio della Svizzera Italiana in Lugano where he regularly holds master classes on improvisation for pianists. Ivo Antognini’s choral works have won awards in national and international competitions and have been performed in more than 55 countries.
Website: www.ivoantognini.com
Dos Palabras - Vanguard Premieres Contest 2010 (Honorable Mention)
Alfonsina Storni was born in 1892 in Ponte Capriasca, a small village in Ticino (Switzerland) which is 15 kilometers from where I live. When she was four, her family moved to Argentina where she soon began writing poems. She lived an unconventional and adventurous life punctuated by difficulties and misfortunes.
In the summer of 1935, Storni found out that she had breast cancer. She was operated on but the cancer continued. In 1938 she committed suicide by walking into the ocean at Mar del Plata and drowning. She was a teacher, actress, journalist, writer, and single mother during all the challenges and prejudices of Buenos Aires in the twentieth century.
Dos Palabras is an extraordinary love poem that I’ve translated into music trying to preserve all the sensuality, the passion, and the freshness which is evident in the poem.  (Notes by the composer, 2010)
Esta noche al oído me has dicho dos palabras
Comunes. Dos palabras cansadas
De ser dichas. Palabras
Que de viejas son nuevas.
Tonight you murmured two simple words into my ear.
Two words shopworn from use. Words so old, they are new.
Composers
Compositions