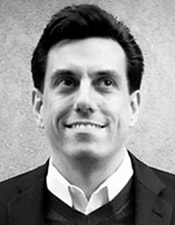 Christopher Cooley began composing in 2008, and his Christmas piece, Il Canto della Rosa for soprano, piano, chorus, and orchestra, was premiered in Busseto, Italy that year. He holds degrees in Piano from Florida State University, the University of Texas-Austin, and a doctorate in Accompanying from the Manhattan School of Music. He has played with various instrumental and vocal soloists in Italy, Germany, Austria, England, Russia, South Africa, Japan, and Korea, as well as Carnegie Hall and Alice Tully Hall (Lincoln Center) in New York City.
Website: www.chriscooleypiano.com
Unsubdued - Vanguard Premieres Contest 2010 (Honorable Mention)
Unsubdued is only my second original choral work, and it is the first for which I actually chose the text. I was moved by S. E. Kiser’s uplifting poem about the struggles of human life and the strength to persevere. The poet’s sense of defeat and anger, echoed in the tumultuous piano part, gives way to triumph and determination to carry on. After the rhythmic turbulence of the tribulations of life is transformed into heroic fanfare, the optimistic sense of possibility felt at the beginning of the piece returns in a hushed atmosphere of tranquility and hope. (Notes by the composer, 2010)
Composers
Compositions